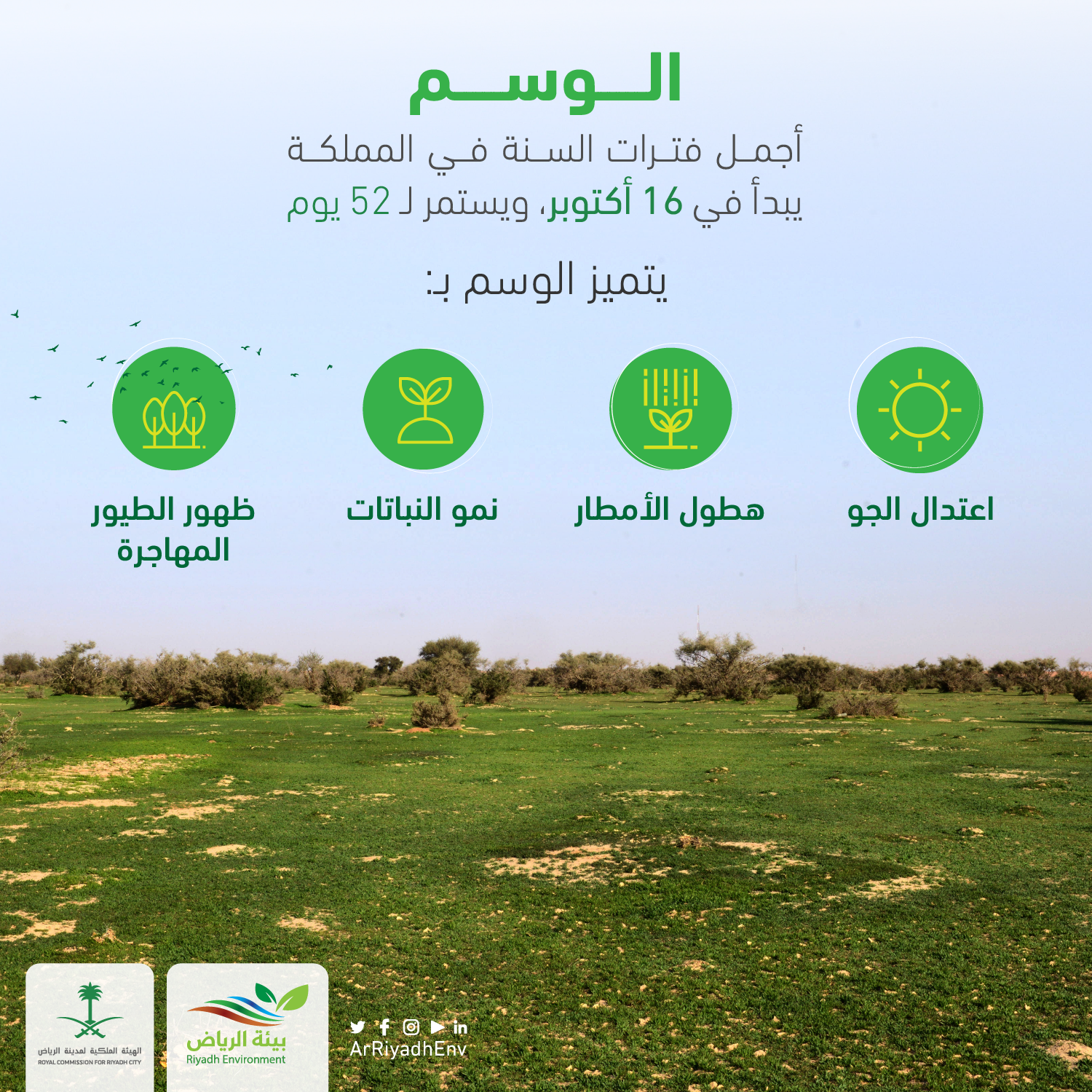 Al-Wasam is the season when rainfall graces the city after the summer season, marking the beginning of autumn season. It’s called Al-Wasam because it leaves a mark on the earth with a sudden spurt of vegetation. This year, it began on 16th October and is expected to continue for 52 days.

The beginning of Al-Wasam is of great interest to those who study weather and climatic conditions. Over the years, we’ve noticed some clear signs that mark the onset of Al-Wasam.

The weather becomes milder and there’s a distinct difference between the temperature recorded during days and nights. There seems to be a sudden emergence of migratory birds during this period. But, the most important one is significant precipitation.

What grows during this period?

Several plants grow in the rainy spells marked by Al-Wasam. Wormwood, Qaisum, Nigles, Lavender and Chrysanthemums are in full bloom during this period. The mild weather and high humidity levels make sure that the topsoil retains sufficient water, Hence frequent irrigation is not required. The weather becomes conducive for many other plants like Al-Ramth, Al-Ghad, Al-Arty, Al-Arfaj Al-Samar, Al-Ghaf, Al-Khaliji, Al-Sidr and Al-Bari.