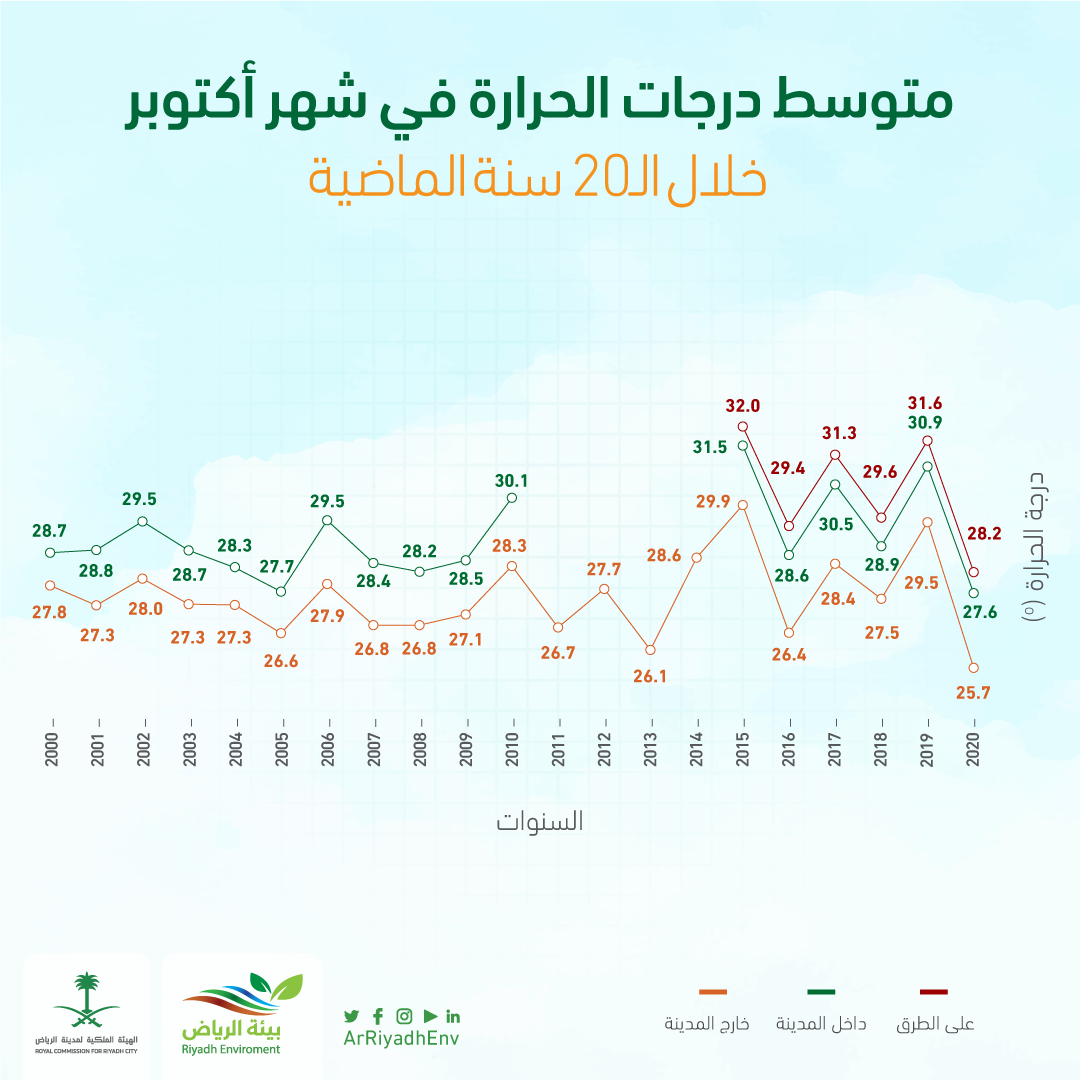 As Riyadh enters the Al-Wasam season, the temperature difference between night and day has widened even further. The season started in mid-october and is expected to last for about 52 days. Since the beginning of Al-Wasam, it has been noticed that day time temperatures can go up to 39 degrees. At night, it drops to less than 20 degrees celsius.

Riyadh is equipped with 17 air quality monitoring stations which constantly keep a check on the city’s temperature, air quality index and much more. You can download the Riyadh Air Quality app to stay updated with all these details on your phone as they are updated every hour with information from all 17 stations.