Development and Rehabilitation of Wadi Hanifa

To maintain the natural sources of water and natural life, the high authority for the development of Riyadh city completed its comprehensive plan for the rehabilitation of Wadi Hanifa, which runs from the heights of Al-Hayatiah to the south-east of Al-Haier, 120 kilometers long and 10 to 100 meters wide. To restore the environmental balance after the great urban development in the city of Riyadh as well as the importance of the location of the valley, which represents a natural drainage for about 4000 square kilometers. It is noteworthy that the valley began to suffer from environmental degradation since the nineties, due to the transport of the soil from the belly of the valley, and the spread of the crushers industrial activities.
In order to stop the deterioration in the valley, the authority decided to consider it as an environmentally protected area and a special development zone, and prepared a comprehensive plan for its rehabilitation. This plan is based on a number of policies, regulations and procedures and actions aimed at stopping environmental degradation. These include:
● Transfer of crushers and the soil transport projects from the valley to other areas outside the city
● Transfer most of the industrial activities outside the valley
● Reduce the establishment of new lines for trans-valley facilities
● Determine the streams of the flood of the main valley and the riverbeds
The project of the environmental rehabilitation of Wadi Hanifa is the basis on which the rest of the future development projects will be built. The project included the cleaning and removal of waste. The cleaning was completed of about 10 million square meters, with the removal of almost half a million ton of wastes.
At this stage, the course of the stream was rehabilitated and restored to its normal state through the filling of the pits and expansion of the course of the stream. The amount of the drilled soil is about 2.5 million cubic meters.
For drainage of the permanent water in the valley, a permanent water channel with a length of 57 km has been established. It is lined with natural stones for the growth of microorganisms, which feed on organic matter suspended in the water and transform it into harmless substances. The channel passes through rock formations and gradients known as “hydrates”.
After rehabilitation of the valley stream and the permanent channels were rehabilitated, the development phase of selected areas comes. These areas are characterized by natural composition. Nine different sites were chosen in the valley’s belly; the north of the Dir’iya dams, the Wadi Hanifa dam and the Eid mosque in Budaiya, in the field of Algeria, Al-Bajiri dam, Al-Masaneh neighborhood, Al-Jazaa lakes, Lebanon dam and Namar dam.
At this stage, the roads were implemented in a manner that minimizes the effect of the runoff of the flood waters in the valley on the roads. These roads extend 42.8 km and have a width of 6 to 9 meters. Two thousand side posts were implemented, 22 bridges and roads were constructed, and side-supported earthy pathways with 46.8 km along the valley. The roads and pedestrian paths were illuminated through the installation of 2500 lamp posts and 600 units of illumination for bridges. Small mosques were created along the valley and 30 toilet buildings were built for men and women. Afforestation of the valley happened in a suitable manner for its nature through planting 7000 palms, 30 000 desert trees in addition to 42 000 kinds of shrubbery through the cultivation of seeds or seedlings. To avoid the dryness of these trees, a system of manual irrigation was implanted and includes wells and an irrigation line length of 40 km. The installation of 730 guidance boards aims to guide and familiarize the visitors with the features and the services of it. The project includes a program to monitor the quality of the amount of surface water flowing through the valley, taken from 40 sites, in addition to the installation of climatic stations distributed along the valley.
The comprehensive plan for the development of Wadi Hanifa has received a number of international awards and international recognition certificates for its pioneering role in the development and management of water resources. It was awarded the Water Center Award in Washington DC in 2003 as the best plan for the development of water resources worldwide out of 75 projects from 21 countries. In 2007, the project also won the gold award of the International Organization of Biosphere Societies, as the best project among 160 projects in the field of environment and water conservation.
The final steps of the environmental rehabilitation project are considered to be the basic brick to the development project of the valley, follow this rehabilitation of El-Haaer lakes area in addition to the flowing valleys and the nature reserves, and the establishment of a plan for the reuse of water. Under the desire of many parties to benefit from the treated water for agricultural and industrial purposes, the comprehensive plan included the need to establish a management of Wadi Hanifa which its function is to activate the control mechanisms in the valley. The plan also viewed El-Hythiah, the heights of Wadi Laban and south of El- Haeer as reserved areas as they are considered to be the base of wildlife in the valley. 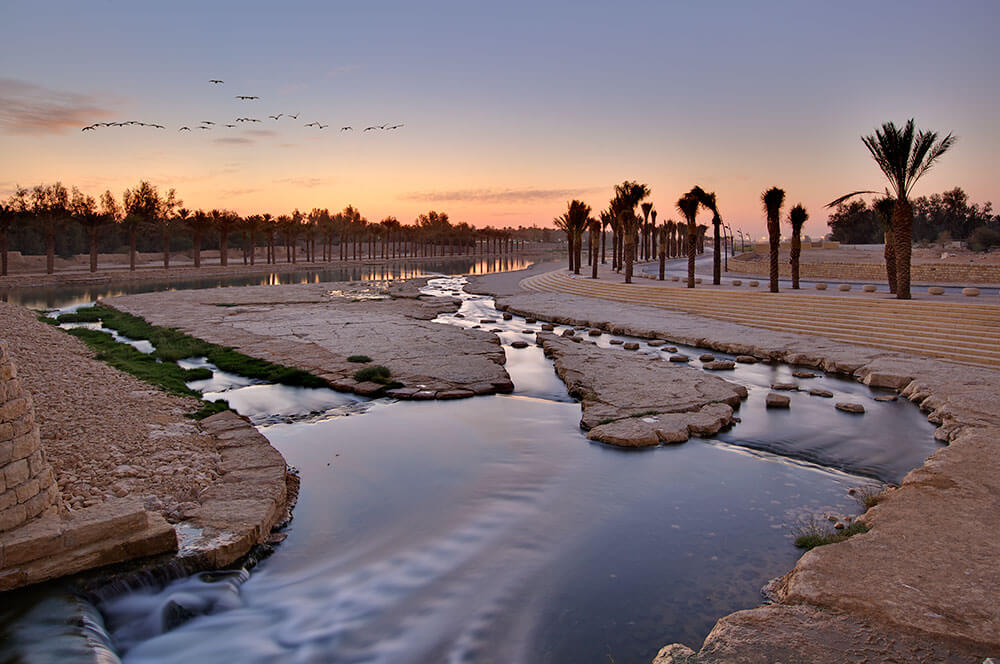 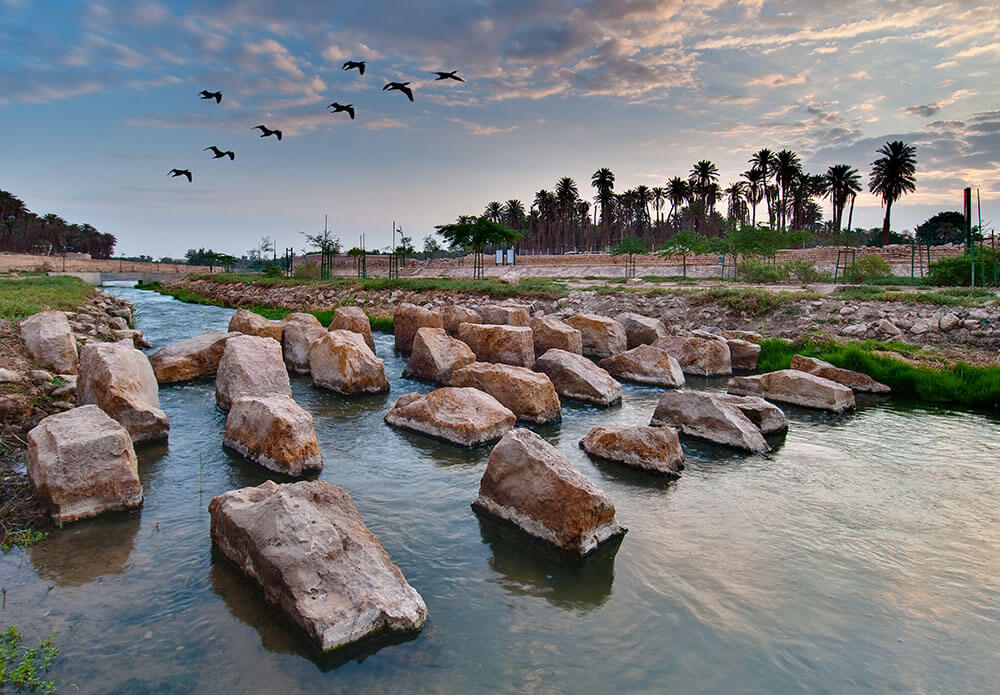